To share your memory on the wall of Shirley Schottelkorb, sign in using one of the following options:

Shirley’s love of boating, swimming and family activities on the water led to the purchase of property on Flathead Lake. She loved spending weekends there, often driving back to work early on Monday mornings. The lake place has been enjoyed by all of her children, grandchildren and great-grandchildren.

Shirley will be remembered for her quiet faith, love of music, determination in facing numerous medical challenges, enjoyment of gardening, rooting for the Grizzlies, and her love of chocolate! We love you and miss you, Mom!

A family memorial will be held later in the summer. Memorials can be made to Hospice of Missoula, Missoula Habitat for Humanity or Missoula Food Bank.

The family would like to give a heartfelt thank you to Marsha Davis for her loyal and tender care of Mom in her final month. Also, a special thanks to the incredible people at Hospice of Missoula for their amazing care under the most difficult of circumstances.
Read Less

To plant a memorial tree in honor of Shirley A. Schottelkorb, please visit our Heartfelt Sympathies Store.

Receive notifications about information and event scheduling for Shirley

There are no events scheduled. You can still show your support by sending flowers directly to the family, or planting a memorial tree in memory of Shirley A. Schottelkorb.
Plant a Tree

We encourage you to share your most beloved memories of Shirley here, so that the family and other loved ones can always see it. You can upload cherished photographs, or share your favorite stories, and can even comment on those shared by others.

Plant a Tree in Memory of Shirley
Plant a tree 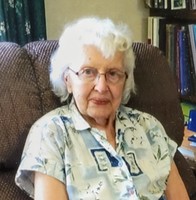