To share your memory on the wall of Rod Newman, sign in using one of the following options:

Compassion and Choices from its inception. For years, he and Joan promoted awareness of end-
of-life issues in Montana, and beyond.

The world needs more men like Rod Newman, who, later in life, chose to be fascinated (instead
of frustrated) by people and things unlike himself. Rod will be greatly missed by his wife, Joan;
her son Brady Anderson-Wood and wife Elaine; family members in Oregon including two
brothers, Kenneth Mishler and Craig Newman; and sister Nell Hughes; and by his children —

There are no events scheduled. You can still show your support by sending flowers directly to the family, or planting a memorial tree in memory of Rod L. Newman.
Plant a Tree

We encourage you to share your most beloved memories of Rod here, so that the family and other loved ones can always see it. You can upload cherished photographs, or share your favorite stories, and can even comment on those shared by others.

Plant a Tree in Memory of Rod
Plant a tree 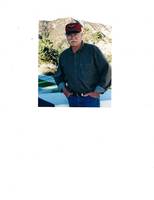