To share your memory on the wall of Richard Powell , sign in using one of the following options:

Dick was born in Belgrade, MT on March 6, 1935 and spent his early childhood years growing up on the Powell Ranch in Cardwell and was involved in many different agricultural activities such as 4-H, where he was a grand champion showman of hogs. He went to grade school at the Cardwell School and graduated from Whitehall High School in the class of 1953. He attended Montana State College in Bozeman (now known as Montana State University) from 1953 to 1955, taking a leave of absence to serve his country in the US Army stationed in Korea. Upon his honorable discharge and return stateside in 1957, he finished his college career at MSC graduating in Plant and Soil Science in 1959. During this time he married Shirley Ann Nickels of Glendive, MT. Shortly after graduating from MSC, he accepted a job as hog buyer with the George A. Hormel Company in Austin, MN. His son James was born in Austin, and after residing there for two years the family had a few brief stops with Hormel in Nebraska before choosing to change his career into banking in 1966, accepting a position of Agricultural Loan Officer with 1st National Bank in Glendive, MT. After his divorce in 1978, Dick accepted the Executive Vice President position with the Montana Bank of Red Lodge, eventually becoming the bank’s president a few years later. It was there that he met Karen Rebish Dowling and they were married in 1986. A honeymoon to San Diego would have to be postponed however as, just a few days before their wedding, a fire destroyed the Montana Bank building, and Dick’s expertise was needed at home to direct the successful continuation of service of the bank using temporary facilities. Dick was involved with many community activities during his time in Red Lodge such as The Lion’s Club and The Elks Club, where he was Exalted Ruler leading the organization.

His banking career ended in 1991 as a bout with kidney cancer made it impossible to continue the day to day, sometimes stressful, activities as a banker. Dick worked various jobs after his retirement from banking including Parts Manager for Ray Judd Ford in Red Lodge. Dick and Karen tried out full-time retirement, spending winters down in Parker, Arizona away from the cold and snow of Montana, and summers at the Powell Ranch in Cardwell. While in Arizona, they met several life-long friends who they enjoyed company with right up to the end of his life. After a few years of spending time down south, they decided to relocate back to Montana year-round, choosing Lolo as the place to reside in 2000. Dick and Karen enjoyed their time together here in Lolo where they both worked for Bretz RV. Karen and Dick started traveling during this time and treasure the fond memories of their trips together. Dick cherished spending time with his grandkids and attending their many events and going to Bobcat football games with his son Jim. In more recent years, Dick and Karen worked as a team for the Fish, Wildlife, and Parks division taking care of fishing access sites up and down the Bitterroot Valley and other adjacent areas. Recently they were both awarded The Most Valuable Employee award as a token of appreciation by FWP for their many years of dedicated service to the organization. Dick really enjoyed this opportunity to get out amongst the rivers and mountains as it energized him and made him feel productive in his later years. After receiving a brain cancer diagnosis, Dick was blessed to be able to stay in his home for his final years with the loving care of Karen, and further assisted by Christina, Brandi, and Jim. The family wishes to thank Partners in Home Care Hospice for their care and assistance during this time.

A memorial service will be planned for Memorial Day weekend at the Powell Ranch in Cardwell, MT, with internment at the South Boulder Cemetery to follow.
Read Less

There are no events scheduled. You can still show your support by sending flowers directly to the family, or planting a memorial tree in memory of Richard Donald "Dick " Powell .
Plant a Tree

We encourage you to share your most beloved memories of Richard here, so that the family and other loved ones can always see it. You can upload cherished photographs, or share your favorite stories, and can even comment on those shared by others.

Plant a Tree in Memory of Richard
Plant a tree 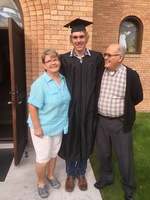 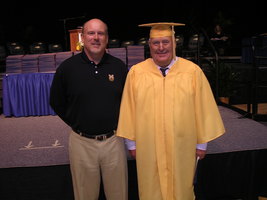 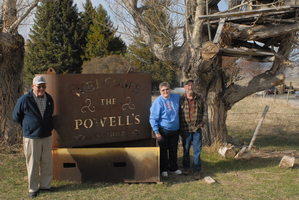 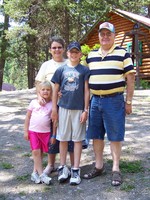