To share your memory on the wall of Randall Morey, sign in using one of the following options:

Randy grew up on a farm near Tozer Lake and attended a one room country school that was heated by wood, had an... Read More
Randall (Randy) Edward Morey of Missoula, 95, died on August 1, 2019. He was born in Spooner, Wisconsin on September 15, 1923.

Randy grew up on a farm near Tozer Lake and attended a one room country school that was heated by wood, had an outdoor “john” and a pump outside for water. He loved the Norway pines on the family farm. His family ultimately lost the farm during the Great Depression.
He attended Spooner High School, where he played the trumpet and competed in debate.

Randy joined the Navy on June 7, 1942 as part of a group called the Avenge Peral Harbor Day Boys. He went to boot camp at Great Lakes, Illinois and then Radio School at Northwestern University in Evanston, Illinois, graduating 13th in a class of several hundred. In November 1942, he went to New Caledonia and trained for jungle combat at Admiral Halsey’s headquarters in Noumea. While there, he qualified as an expert rifleman. Under Admiral Barby, Randy was part of the very first amphibious landing of World War II, with 200 men, in the advance wave on Woodlark Island, New Guinea - a muddy tropical jungle near the equator. He served as a radioman.

Before enlisting in the Navy, Randy had begun courting Rachel Becker. During the war, Rae worked in the Fisher Tank plant in Flint, Michigan. Missing Rae at Christmas in the jungle, Randy wrote a letter to the Flint Chamber of Commerce asking them to get Rae some flowers with the $10 he had enclosed. The chamber president delivered the flowers to Rae in person and the story made its way into the Flint newspaper.

While on Woodlark, Randy narrowly missed getting hit in the head by a piece of shrapnel from a bomb the Japanese dropped while he was in his foxhole. That bomb permanently damaged his hearing. After a year on Woodlark, Randy went to officer’s training, first attending the University of Michigan, then Midshipman’s school at Columbia University in New York City where he earned a commission as Ensign.

Randy and Rae married on July 5, 1945 at Riverside Church in New York City. They eventually settled in Madison, WI where they both attended college. Randy graduated from Law school while Rae had her education interrupted by the arrival of their first child, Lynne.

After Randy graduated from Law School, the family moved to Mondovi, WI, where they had two more children, Connie and Bill. They lost Lynne to Cystic Fibrosis when she was 11. Two years after that, they had their youngest child, Virginia (Ginnie).

Randy became one of the first attorneys in Wisconsin to be nationally board certified as a civil trial specialist. He was active in the Congregational church, serving as state president of the laymen’s fellowship. He loved to play golf, fish for musky, hunt deer and play blackjack. He had a lifelong love of travel. He and Rae took many trips together after they both retired.

Randy lost his beloved Rae in 2004 to lung cancer and, after a few years, Randy fulfilled a lifelong desire to live in the mountains by moving to Montana, where he loved to take long drives, enjoying the “pretty woods” and also taking monthly trips to Spokane to joke with the Black Jack dealers.

If you are so moved, the family suggests donations to the Randy Morey Memorial page of the National Forest Foundation’s 50 Million Trees for Our Forests program: https://50-million.everydayhero.com/us/randy-morey-memorial-tree-planting-fund
Read Less

Receive notifications about information and event scheduling for Randall

There are no events scheduled. You can still show your support by sending flowers directly to the family, or planting a memorial tree in memory of Randall Edward "Randy" Morey.
Plant a Tree

We encourage you to share your most beloved memories of Randall here, so that the family and other loved ones can always see it. You can upload cherished photographs, or share your favorite stories, and can even comment on those shared by others.

Plant a Tree in Memory of Randall
Plant a tree 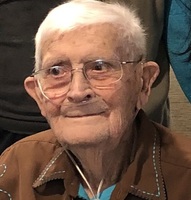