To share your memory on the wall of Michael Smith, sign in using one of the following options:

He was preceded in death by his parents and two brothers, Marvin and Melvin.

Michael had worked for Pontiac Motors as a Job Setter for 30 years, retiring in 1993. He and his wife then moved to Montana where he enjoyed the peace and beauty. He also had a great passion for hunting and the outdoors.

Per Michael’s wishes, cremation has been accorded and there will be no services.

Arrangements have been entrusted to Cremation Burial Society of the Rockies in Missoula.
Read Less

Receive notifications about information and event scheduling for Michael

There are no events scheduled. You can still show your support by sending flowers directly to the family, or planting a memorial tree in memory of Michael Smith Sr..
Plant a Tree

We encourage you to share your most beloved memories of Michael here, so that the family and other loved ones can always see it. You can upload cherished photographs, or share your favorite stories, and can even comment on those shared by others.

Plant a Tree in Memory of Michael
Plant a tree 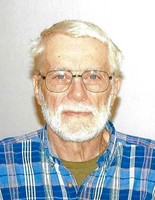