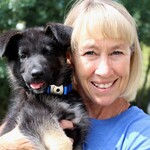 It is with tremendous sadness that we announce the passing of our beautiful, adored Marsha Diane Gullings Hamilton. Marsha came into the world on June 5, 1954 and returned to heaven on January 22, 2021. The Missoula community lost a beloved teacher, coach, mentor, and friend. Heaven gained an angel.

Marsha grew up in Great Falls, MT, graduating from GFHS in 1972. She went to college on scholarships for both track and gymnastics and became an All-American athlete in both. She became the first woman inducted into the Grizzly Hall of Fame. An untouchable feat by all means. Her and her husband Terry started Bitterroot Gymnastics Club, which they ran for 20 years. She competed and coached and went to school - then she graduated and became a teacher, a coach, and a mother. Always juggling 10 things at once -this may have been when we all started calling her Wonder Woman.

Marsha had a passion for kids and taught kindergarten at Hellgate Elementary for 25 years until her retirement in 2018. She wasn’t really ready to retire – teaching and coaching kids meant the world to her and her kids worshipped her. She had the best stories of her classroom/gym class kids and made us all laugh until we cried listening to her. She was wonderfully animated and even if the story wasn’t that funny, everyone listening was engaged and enthralled just watching her tell it. She couldn’t go anywhere in town and not have a kid run up to her and say “HI, MRS. HAMY!” Sometimes those kids were 20 years old. She had that effect.

Marsha loved anything that had to do with fitness and fun. “Let’s go for a hike, let’s go for a bike ride, let’s go floating, let’s go FISHING, let’s go skiing, let’s play soccer, let’s workout, let’s run up a mountain hauling logs and then jump over fire!” She was never one to sit still and at 66 she could still do 12 pullups and a backflip without blinking. All you had to do was “keep moving” she said. She inspired so many to follow in her steps.

Marsha had the most beautiful big blue eyes, along with a contagious smile that nobody could deny. She was gifted with a loving inner spirit to go with her natural beauty. She could make you feel welcome and loved just by smiling at you with her warm eyes.

Marsha had so many accolades as an athlete, coach, and teacher – but none could compare to the reward of her two sons, Keane and Lane. They were her top prize. Family was the most important thing to her and she cherished everyone she called family. You may not have been blood, but if Marsha called you family – it was an honor and you were family. She had the biggest heart anyone has ever seen and would give you a million dollars if she thought you needed it – even if she only had a hundred.

Marsha never was one to complain. She was diagnosed with lung cancer and simply said “it chose me because I can handle it”. She was nominated the lung cancer hero for the state of MT in 2019 and took her story to Washington DC. As a non-smoking, avid athlete, she shouldn’t have been the one to get it, but she never asked ‘‘why me’’. Forever defining grace and positivity, she persevered until heaven could no longer wait.

No services are planned at this time due to Covid-19. The family will plan a memorial in the summer and are requesting no flowers or deliveries at this time.