To share your memory on the wall of Kevin Hammond, sign in using one of the following options:

Provide comfort for the family of Kevin Hammond with a meaningful gesture of sympathy.

Print
Kevin Hammond, our beloved father, husband, and friend, passed away peacefully at his home in Missoula on May 29, 2019. Surrounded by those who love him, Kevin graciously went into that good night.

He was deeply rooted in Missoula, born... Read More
Kevin Hammond, our beloved father, husband, and friend, passed away peacefully at his home in Missoula on May 29, 2019. Surrounded by those who love him, Kevin graciously went into that good night.

He was deeply rooted in Missoula, born on May 3, 1947 to George and Marie (Small) Hammond. The fourth oldest, Kevin had six brothers and one sister. There were endless stories to tell about growing up. For example, even though Kevin was right-handed, he learned to eat with his left hand. With the whole family crowded at the dinner table, it was his left side which was free!

While attending Carroll College, Kevin met the love of his life, Jody (Sturm). They were married on August 12, 1972, and would have celebrated 47 years of marriage this year. Their love and respect for one another was unwavering. They made a good team, from gardening and pickling vegetables, to raising their three children, to caring for one another while each went through their own fight with cancer. They were both educators in the school system and lifelong advocates for embracing and teaching tolerance.

Kevin began his teaching career at Hellgate High School in 1971 and then moved to Big Sky High School in 1980 where he taught government, U.S. History, and politics. He was a mentor to countless students during his career, and many remained in contact with him years after graduating. It was our joke that only Kevin could run into someone he knew everywhere he went. Even while on vacation out-of-state, he ran into a former student! He loved connecting to people and could talk to anyone. For Kevin, the well-being of others was a top priority.

He loved his family and friends beyond measure, and his self-discipline was exemplary. If there was a shared activity that involved being under the beautiful big sky or sharing a meal, Kevin expressed his joy with a heartfelt, “Life is good!” He was an avid reader always in search of truth, and took pride in maintaining his lawn, garden, and wood shop – where he could be found repairing or creating something. He learned to play Bocce Ball and Dominos, and was always up for a game of Cribbage.

Kevin will be remembered by his strong work ethic and unflinching morals. Those closest to him appreciated his quirky sense of humor. Even while undergoing treatment, Kevin still found a way to be the light in the room. When his hair fell out, he wore a full wig of hair with a long beard and said that treatment was working too well! He helped us find humor in any situation even until his last hour.

Our family would like to thank Consumer Direct Care Network Montana for the incredible hospice care Kevin received, especially Judy, whose kindness and compassion are unparalleled and who was an immense source of comfort; the generous and loving Spirit of Peace Community, the Cremation Burial Society of the Rockies; Drs. Kress and Linford and all the amazing staff who have helped along the way; and to the steadfast friends and family who remained by Kevin’s side until the end and continue to offer their love and support.

Kevin did not wish to have a memorial service, and instead wanted a great party to celebrate his life with kegs of beer and lots of laughter and memories. Please join us on Saturday, June 29 from 1-4 pm at the Bella Vista Pavilion in Fort Missoula for Kevin’s last hurrah.

In lieu of flowers, please send donations to Spirit of Peace, Missoula Food Bank, or Consumer Direct Care. To honor Kevin, write to your congressmen about any issue you believe in, get involved in forming a more perfect union, and VOTE! Peace and love.
Read Less

We encourage you to share your most beloved memories of Kevin here, so that the family and other loved ones can always see it. You can upload cherished photographs, or share your favorite stories, and can even comment on those shared by others.

Posted Dec 01, 2019 at 04:53am
There is not enough good things to say about such a nice, kind, and wonderful man. I had him as a teacher both at Hellgate and Big Sky, So knowledgeable about so many interesting things. I was blessed beyond belief to have had him as a teacher. One of the very few that took the time at both schools, to actually spend the time and teach, encourage, motivate, .......Thank You, I recall thinking about him/Mr Hammond.....one day while I was out working in Dutch Harbor, in Alaska.....Thank the Good Lord for having put you here......
Comment Share
Share via:
LR

Posted Jun 11, 2019 at 10:44am
I had Kevin as a teacher at Hellgate. I loved history already and he made it such a joy to go to class. He also helped me in the weight room. I looked forward to talking to him and even out of high school we kept in touch for many years. He was such a solid presence in so many of our lives. His belief in me helped me believe in myself. He was a gift to all of us and I am especially blessed by the good he instilled in me. God bless you and keep you Kevin until we meet on the other side. My sympathies to Jody and all the family.
Lynora (Mauth) Rogstad

Posted Jun 08, 2019 at 04:49pm
So sorry to hear about Kevin's crossing over. I had the honor of teaching Jesse and Nate and always had the full support of Kevin and Jody. Amazing parents and wonderful kiddos! Also, remembering our many years as members of Pope John XXIII.
Sending heartfelt sympathy to all of his family. RIP, Kevin.
God's blessings,
Carol Rowley
Comment Share
Share via:

Posted Jun 08, 2019 at 12:01pm
I am saddened to hear of Mr. Hammond's passing. I wanted to share with the family, that he was an amazing teacher and inspiration during my time in his class. He is part of the reason I became a teacher and I hope I was able to pass along some of that inspiration to the littles I taught for 17 years. God bless you all.
Comment Share
Share via:

Posted Jun 08, 2019 at 12:37am
Mr Hammond was one of my football coaches in 1974 at Hellgate HS. I tried unsuccessfully to teach and thank him. I remember so well he and Mr Pilcher being the coaches I looked up to. I have been coaching now for over 17 years. I still remember how he made me feel when I felt frustrated with the head coach. I’m sorry I never got the chance to tell him thank you! My 32 year career in law enforcement was influenced by the way he and coach Pilcher made us feel. 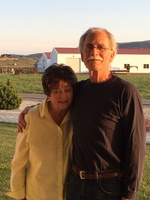 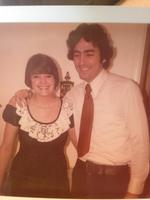 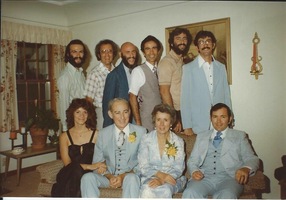