To share your memory on the wall of Harriett Thurston, sign in using one of the following options:

Print
Harriett Arvilla Thurston, 80, of Missoula, passed away on Saturday, November 7, 2020 at her home, of breast cancer.

She was born on March 1, 1940, in Princeville, Illinois just hours away from being a leap year baby. The daughter of Ha... Read More
Harriett Arvilla Thurston, 80, of Missoula, passed away on Saturday, November 7, 2020 at her home, of breast cancer.

She was born on March 1, 1940, in Princeville, Illinois just hours away from being a leap year baby. The daughter of Harlie and Wilda Rhodes, she grew up with her 6 brothers and 1 sister in Toulon, Illinois.

On June 7, 1958, she married Clyde Henry Thurston and they lived in Toulon until 1969, when they moved west to Montana for Clyde’s transfer with Peabody Coal Co. Harriett was a devoted housewife raising their three children in Toulon, Illinois and then Colstrip and Forsyth, Montana.

In 1974, Harriett became a member of Jehovah’s Witness and through her Faith she found peace, love, and many friends. She held a very strong belief as a Witness and teacher. Jesus Christ was the great teacher and he provided instructions in the bible for his followers to implement. Harriett fulfilled her assignment as a teacher by carrying on the work Christ started. In 1993, she achieved a dream to visit the international headquarters of Jehovah’s Witnesses and New York City.

A few years before her husband passed in 1997, Harriett fulfilled a dream of hers by visiting Branson, Missouri where they attended concerts and the Grand Ole Opry. In 2001, Harriett began plans to move to Western Washington and settled in Arlington, Washington. Her daughter and grandkids followed shortly thereafter.

In 2015, Harriett moved to Missoula, Montana to live with Kathi where she remained until her passing.
Harriett is most known by her family as the matriarch who always put herself ahead of others. She worried about everyone and everything. She loved shopping, baking, animals, movies, TV, and had a vast knowledge of entertainment trivia.

Harriett is preceded in death by her husband Clyde and her siblings, David, Juanita, Gerald, and Duane.

She is survived by three brothers Leroy Rhodes of Morton, Illinois; James Rhodes of Houston, Texas; Gilbert Rhodes of Bothell, Washington and her three children Steve Thurston of Denver, Colorado; Dan Thurston of Forsyth, Montana; and Kathi Crow of Missoula, Montana as well as 10 grandchildren and 8 great grandchildren.

Harriett and her family would like to express their gratitude to the many many friends who have reached out during her surprising illness and last weeks. Your love and prayers have carried us, and we are so grateful for each of you.

Memorials can be dedicated to Animeals of Missoula, Montana. Harriet would characterize this obituary as “Good enough for the guys I go with.”

Receive notifications about information and event scheduling for Harriett

Provide comfort for the family with a meaningful gesture of sympathy.

We encourage you to share your most beloved memories of Harriett here, so that the family and other loved ones can always see it. You can upload cherished photographs, or share your favorite stories, and can even comment on those shared by others. 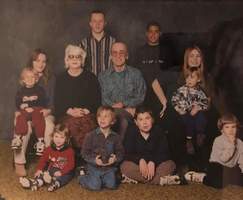 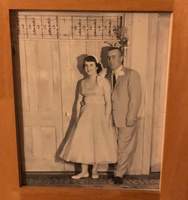 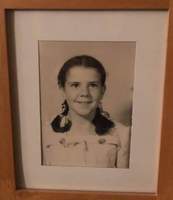