To share your memory on the wall of Glenn Liebig, sign in using one of the following options:

Print
An obituary is such a painfully final thing: It concludes a process one didn't even want to begin.

Glenn (Quinn) Allan Liebig was born in Napa, CA on December 28, 1951 to Lynn Liebig and June (Paige) Liebig. In 1970, Glenn graduated fro... Read More
An obituary is such a painfully final thing: It concludes a process one didn't even want to begin.

Glenn (Quinn) Allan Liebig was born in Napa, CA on December 28, 1951 to Lynn Liebig and June (Paige) Liebig. In 1970, Glenn graduated from St. Helena High School near his Napa home (He attended Napa High School for all but his senior year.). (At GradNight in Disneyland, he met Beverly Taylor; and he later said that God was "marking their place." They communicated for a short time; but they were young, located a great distance apart, so life happened.)

Soon after graduation, Quinn enlisted in the Navy and was sent to VietNam, assigned to Swift Boats. After he completed one tour in this position, he was sent to the Flag Ship USS Oklahoma City for another tour as a staff member. After his two tours, he stayed to help close down the VN operation.

When he came home, Quinn became a contractor--which became his life's craft. He was an artist! Quinn was also the stable force for so many: He was the springboard for success for his two children and two step-children. He was so proud of all of them! He sacrificed so that everyone else was taken care of.

In 2006, Quinn became ill: Throat cancer from Agent Orange. Through a horrible struggle--with the help of his children--he beat cancer, but the procedures caused health issues that would later rear up. Still, such issues never defined Quinn! He was a force!

After he recovered enough, he took a vacation, got on his motorcycle, and toured America. Just he and God. Quinn had always loved Montana; and on this trip, he decided that this would be his home. And it has been! In Montana's Bitterroot, near Lolo, he made a cabin his own by applying his great knowledge, skills, and artistic talents as he remodled a weekend cabin into a true home. He loved it and the wildlife and neighbors around him!

After a few years in Montana, he and Beverly (from 1970's GradNight in Disneyland) began communicating via online social media. After a couple of years of this, love grew. Bev moved to Montana 17 months before Quinn's "greatest journey," and the matched-set married 48 years after they met. Quinn took care of Bev, too...until it was her great honor to care for him. He passed on June 3, 2020 with Bev by his side. (Four days before their 50th Disneyland Anniversary.)

In addition to his wife, Beverly, Quinn leaves behind his loving and loved children, Yvonne Liebig-Wilson (Jeff) and Christian Liebig (Mica); his dear grandchildren, Elisa and Isla Wilson, and Jaimica and Leon Abenojar; his loved step-son (whom he considered his own), Rory Nichols (Alexis) and their children, Nome and Leeloo Nichols; although his step-son, Nathaniel Couchi preceded Glenn in death, Nathaniel's daughter was also loved by Quinn. Relatively new to Quinn's life, but part of a great friendship was Beverly's son and Quinn's new step-son, William Meier. Quinn left a legacy.

Quinn also leaves many close cousins, uncles, and aunts: If any were to be named, others would be missed. Notably, this generation of his extended family was very close and shared uncountable holidays and heavy-duty camping trips. Quinn had special and unique relationships with so many.

Quinn also leaves behind many dear friends with whom he has shared much in life: Most notable are...Ed and Laurie Parks, Scott Nixon, Connie Sanchez, Lydia and Andy Ernst, and Kraig Otto.

Everything Quinn did was wonderfully well-done! That eagle flew high; and, although we on earth miss him terribly, we all know his destination: Quinn's relationship with the Lord is his BEST relationship; and in it, Quinn was comfortably able to find his PAIN FREE peace.

Rest in Love and Comfort and the Lord, Dear Quinn.
Read Less

To plant a memorial tree in honor of Glenn A. "Quinn" Liebig, please visit our Heartfelt Sympathies Store.

Receive notifications about information and event scheduling for Glenn

There are no events scheduled. You can still show your support by sending flowers directly to the family, or planting a memorial tree in memory of Glenn A. "Quinn" Liebig.
Plant a Tree

We encourage you to share your most beloved memories of Glenn here, so that the family and other loved ones can always see it. You can upload cherished photographs, or share your favorite stories, and can even comment on those shared by others.

Plant a Tree in Memory of Glenn
Plant a tree 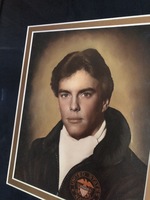