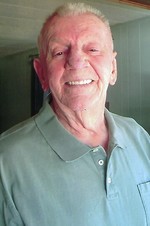 Dennis Wayne Nygaard, 78, of Missoula Montana, died Thursday November 12, 2020 in his home, from an extended illness. Per his request, no services will be held at this time; a celebration of his life will be planned for 2021.

Dennis was born October 27, 1942 in Viborg, SD, to Chris and Laura (Hansen) Nygaard. He graduated from Hurley High School in 1961.

He married Patsy Viergets and their marriage was blessed with two children Mike and Michele.

Dennis worked in the Oil Industry in Wyoming and Colorado and then moved to Montana and worked highway construction until he retired. He loved Budweiser and the Denver Broncos, farewell "Bronco Denny".