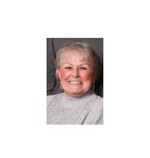 Delilah Ann Cowart passed away peacefully at home, with her loving husband by her side, on Friday January 8th, 2021.
Better known as Deann, she was brought into this world on June 21st, 1953 to Charles and Myrtle Aktepy. She was raised in Missoula with her three sisters, graduating from Hellgate High School in 1972.
In 1968, Deann went on her first date with her lifelong love, Kim Cowart. Deann and Kim married in Missoula May 25th, 1974. They spent a short time in Seeley Lake before moving back to Missoula, planting their roots to start their family. Deann spent many years working at Rocky Mountain Eye Clinic all while raising their three sons.
Those closest to Deann never doubted her strength. We first discovered just what a fighter she was in October 1999, when she was diagnosed with breast cancer. Deann would continue the fight for the next 21 years of her life. Despite the cancer, there had never been a more selfless and giving person put on this earth. Deann’s caring soul and generosity will be remembered by all of those that knew her.
One of Deann’s greatest joys in life came in 2013 when her oldest son married his wife, bringing the first two grandchildren into the family. Two more followed within a year of each other and Deann was able to spend several years loving and spoiling them to no end. If anyone was meant to play the role of Grandma, it was Deann. She loved shopping trips, movies, picnics, school activities and holidays with her four grandchildren and family.
Deann is survived by her dearest husband, Kim Cowart, sons Cody (Katie) Cowart, Cory (Rachelle) Cowart and Colin Cowart. Her grandchildren include Cameron Baze, Caydence Baze, Emma Cowart and Paisley Cowart, all of Missoula.
No services are planned at this time. Arrangements are under the care of Cremation and Burial Society of the Rockies. In lieu of flowers or donations, please consider a charitable contribution of your choice in her honor. The family would like to send endless thanks to Dr. Michael Snyder and staff at Montana Cancer as well as Partners in Home Care Hospice.