To share your memory on the wall of Daniel Magone, sign in using one of the following options:

Print
Daniel Leo Magone, 88, passed away in Missoula, February 20, 2020, due to Parkinson's disease.

He was the 11th child born to Hugh Paul and Margaret Perkins Magone. Born at home in Superior, Mt, he was delivered by Mrs. Jacob Krulatz, the... Read More
Daniel Leo Magone, 88, passed away in Missoula, February 20, 2020, due to Parkinson's disease.

He was the 11th child born to Hugh Paul and Margaret Perkins Magone. Born at home in Superior, Mt, he was delivered by Mrs. Jacob Krulatz, the neighbor midwife. He grew up there and attended school in Superior. He married Ruth Ann Graybill in 1950, and from that union Terry, Steve, Tom and Dana were born. Dan worked in sawmills and in the woods before driving logging trucks. When he applied to the Montana Highway Patrol, he was accepted, and attended the academy in Helena. After his first assignment in Great Falls, he transferred to Libby, where he worked for 6 years.

On March 17, 1967, he married Betty Braaten Benedetti, and so her daughters, Gina, Teresa and Ann joined the family. They lived in Missoula and Butte, and after 20 years with the MHP, Dan retired in 1978 as a Lieutenant. During his time with the patrol, Dan was honored to attend the FBI academy in Quantico, Virginia. After retirement, Dan accepted the position of undersheriff of Missoula County. When his good friend, Sheriff Ray Froehlich, passed away, Dan was appointed to finish the term. He then ran for sheriff, won and held that office for 4 years. He retired in 1990, with over 32 years in law sreschenforcement.

He and Betty moved to their cabin in Sula Mt. and wintered a few years in Arizona. After moving back to Missoula, they decided to spend some of their golden years back at the family ranch on Trout Creek in Superior. They had some very memorable times there, but mostly enjoyed the peace and quiet and beauty at that setting. They then moved back to Missoula, closer to medical care. Betty was ill with cancer, which she battled valiantly for many years. She passed in 2015.

He was preceded in death by his wife, Betty, and his parents, as well as his brothers: Edward, James, Lawrence, Fred, Hugh, Raymond, and sisters: Marjorie and Margaret.

The Village Retirement Center took very good care of Dan in his final years, as well as and especially, his companion and friend, Kath Ann McKinley.

A memorial service will be held March 17, 2020 at 2 pm at Atonement Lutheran Church in Missoula, Mt. In lieu of flowers, the family would request that donations be sent to Parkinson’s research, @parkinsonhope.com, or to a charity of your choice.

A special thanks to Partner's in Home Care.
Read Less

Receive notifications about information and event scheduling for Daniel

There are no events scheduled. You can still show your support by sending flowers directly to the family, or planting a memorial tree in memory of Daniel L. Magone.
Plant a Tree

We encourage you to share your most beloved memories of Daniel here, so that the family and other loved ones can always see it. You can upload cherished photographs, or share your favorite stories, and can even comment on those shared by others.

Plant a Tree in Memory of Daniel
Plant a tree 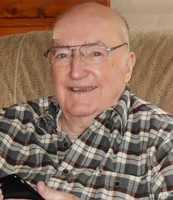