To share your memory on the wall of Dale Rasmuson, sign in using one of the following options:

Print
MISSOULA — Dale Alan Rasmuson passed away unexpectedly on Wednesday, April 8, 2020. He left this world just as he wished to – at home in the company of his beloved wife, Diane.

Born on Feb. 12, 1939, to Bernice and Earl Rasmuson, Dal... Read More
MISSOULA — Dale Alan Rasmuson passed away unexpectedly on Wednesday, April 8, 2020. He left this world just as he wished to – at home in the company of his beloved wife, Diane.

Born on Feb. 12, 1939, to Bernice and Earl Rasmuson, Dale was shaped by a life in rural North Dakota. He was raised on the family farm near Surrey with his three brothers and sister. He graduated from high school (class of eight students) and spent 30 years traversing the state in a career with the signal department of the Great Northern/Burlington Northern Railroad. He was a hard-working problem solver who expected full effort and decency from others.

Dale married Charlotte Frank in 1958 and they raised three children together in Minot, North Dakota: Brenda (Vennes), Mike, and Kevin. After Charlotte’s death, Dale met and married Diane MacDonald. They lived in Bismarck for most of their married lives until a recent move to Missoula brought them closer to Diane’s family.

Dale was quick to laugh and generous with hugs. He enjoyed a wide range of pursuits with his friends and loved ones. He was a horseman, fisherman, and hunter as well as an artist, tinkerer, and superb golfer (who played by his own rules). He was a rare soul who could brighten any experience just by being himself, bringing warmth, humility, and humor.

Dale was a loving and generous husband, father, and grandfather. He is survived by his wife of 26 years, sister (Karen Edwardson), three children, two step-children (Jane and Alistair), and their families. He showered his many grandchildren and great grandchildren with a deep love that will continue to shape their lives even in his absence.

A celebration of Dale’s life will be held at a later date (due to the pandemic restrictions) in coordination with Holy Spirit Episcopal Church in Missoula. His ashes will be laid to rest in the columbarium within their Memorial Garden.
Read Less

Receive notifications about information and event scheduling for Dale

There are no events scheduled. You can still show your support by sending flowers directly to the family, or planting a memorial tree in memory of Dale Alan Rasmuson.
Plant a Tree

We encourage you to share your most beloved memories of Dale here, so that the family and other loved ones can always see it. You can upload cherished photographs, or share your favorite stories, and can even comment on those shared by others.

Plant a Tree in Memory of Dale
Plant a tree 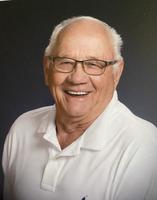