To share your memory on the wall of Albert Reitzel, sign in using one of the following options:

Print
MISSOULA — Albert Lee Reitzel, 85, went home to be with his Lord and Savior, surrounded by his family, on March 24, 2020. He was a beloved husband, father, grandfather and great-grandfather.

He was born on April 5, 1934 in Decatur, Ill... Read More
MISSOULA — Albert Lee Reitzel, 85, went home to be with his Lord and Savior, surrounded by his family, on March 24, 2020. He was a beloved husband, father, grandfather and great-grandfather.

He was born on April 5, 1934 in Decatur, Illinois to Lottie Estelle (Yount) and John Quincy Reitzel.

Al attended Bethel Community Church since 1980, where he was involved in Children’s Ministries, Bible Club, Sunday school, Awana, and Big Sky Bible Camp. We were blessed to have him in our lives – A Godly man who will be greatly missed.

Al joined the Air Force in 1952 and shortly after, began his 68 year marriage to his beloved wife, Joan while stationed in Henrietta, Texas.

The family wishes to especially thank all the staff at the Community Cancer Center for their kindness and care, and also, Partners in Home Care Hospice.

Services will be held at a later date. In lieu of flowers, the family would appreciate a donation to the American Cancer Society. Cancer.org
Read Less

Receive notifications about information and event scheduling for Albert

There are no events scheduled. You can still show your support by sending flowers directly to the family, or planting a memorial tree in memory of Albert L. Reitzel.
Plant a Tree

We encourage you to share your most beloved memories of Albert here, so that the family and other loved ones can always see it. You can upload cherished photographs, or share your favorite stories, and can even comment on those shared by others.

Posted Aug 19, 2020 at 05:58pm
It was a privilege to know Albert and his wife Joan . I watched them make the heroes journey together at Community Cancer Care. I am just one face in a staff of many, but dear Albert and Joan remain in my heart. Sally Barker CRC
Comment Share
Share via: 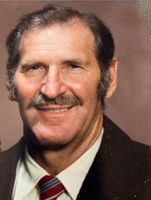